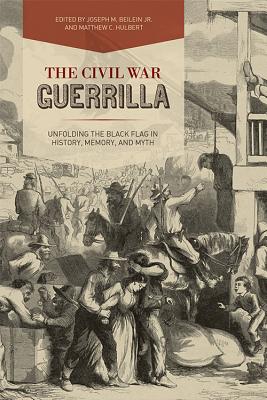 Most Americans are familiar with major Civil War battles such as Manassas (Bull Run), Shiloh, and Gettysburg, which have been extensively analyzed by generations of historians. However, not all of the war's engagements were fought in a conventional manner by regular forces. Often referred to as "the wars within the war," guerrilla combat touched states from Virginia to New Mexico. Guerrillas fought for the Union, the Confederacy, their ethnic groups, their tribes, and their families. They were deadly forces that plundered, tortured, and terrorized those in their path, and their impact is not yet fully understood.

In this richly diverse volume, Joseph M. Beilein Jr. and Matthew C. Hulbert assemble a team of both rising and eminent scholars to examine guerrilla warfare in the South during the Civil War. Together, they discuss irregular combat as practiced by various communities in multiple contexts, including how it was used by Native Americans, the factors that motivated raiders in the border states, and the women who participated as messengers, informants, collaborators, and combatants. They also explore how the Civil War guerrilla has been mythologized in history, literature, and folklore.

The Civil War Guerrilla sheds new light on the ways in which thousands of men, women, and children experienced and remembered the Civil War as a conflict of irregular wills and tactics. Through thorough research and analysis, this timely book provides readers with a comprehensive examination of the guerrilla soldier and his role in the deadliest war in U.S. history.

Joseph M. Beilein Jr. is assistant professor of history at Penn State University, Erie. He is the author of Bushwhackers: Guerrilla Warfare, Manhood, and the Household in Civil War Missouri.Matthew C. Hulbert teaches American history at Texas A&M University - Kingsville. He is the author of The Ghosts of Guerrilla Memory: How Civil War Bushwhackers became Gunslingers in the American West, which won the 2017 Wiley-Silver Prize, and the co-editor of Writing History with Lightning: Cinematic Representations of Nineteenth-Century America.
Loading...
or support indie stores by buying on