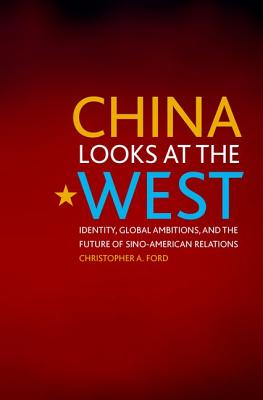 China Looks at the West

Identity, Global Ambitions, and the Future of Sino-American Relations (Asia in the New Millennium)

Chinese leaders have long been fascinated by the United States, but have often chosen to demonize America for perceived cultural and military imperialism. Especially under Communist rule, Chinese leaders have crafted and re-crafted portrayals of the United States according to the needs of their own agenda and the regime's self-image-often seeing America as an antagonist and foil, but sometimes playing it up as a model. In China Looks at the West, Christopher A. Ford investigates what these depi.

Christopher A. Ford is Chief Investigative Counsel for the U.S. Senate Banking Committee. He previously served as Republican Chief Counsel at the Senate Committee on Appropriations, as a Senior Fellow at Hudson Institute, United States Special Representative for Nuclear Nonproliferation, and Principal Deputy Assistant Secretary of State. He is the author of The Mind of Empire: China's History and Modern Foreign Relations.
Loading...
or support indie stores by buying on