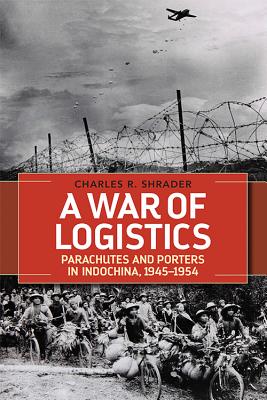 A War of Logistics

Following the French reoccupation of Indochina at the end of World War II, the pro-Communist Vietnamese nationalists, or Viet Minh, launched a grassroots insurgency that erupted into a full-fledged war in 1949. After nearly ten years of savage combat, the western world was stunned when Viet Minh forces decisively defeated the French Union army at the battle of Dien Bien Phu in May 1954. Logistics dominated every aspect of the First Indochina War, dictating the objectives, the organization of for.

Charles R. Shrader, former executive director of the Society for Military History, has taught at West Point, the Command and General Staff College at Fort Leavenworth, and the Army War College. He is the author of several books, including The Withered Vine: Logistics and the Communist Insurgency in Greece, 1945--1949 and Communist Logistics in the Korean War.
Loading...
or support indie stores by buying on