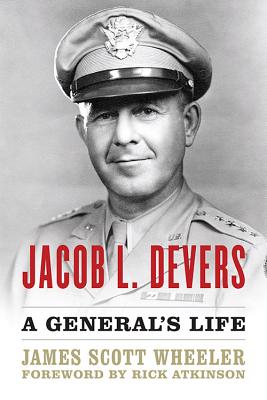 General Jacob L. "Jake" Devers (1897-1979) was one of only two officers-the other was Omar C. Bradley-to command an army group during the decisive campaigns of 1944-1945 that liberated Europe and ended the war with Nazi Germany. After the war, Devers led the Army Ground Forces in the United States and eventually retired in 1949 after forty years of service. Despite incredible successes on the battlefield, General George C. Marshall's "dependable man" remains one of the most underrated and overlo.

Col. James Scott Wheeler, USA (Ret.), is a retired professor of history at the United States Military Academy. He is the author of several books, including The Big Red One: America's Legendary 1st Infantry Division from World War I to Desert Storm and The Irish and British War, 1637--1654: Triumph, Tragedy, and Failure.
Loading...
or support indie stores by buying on