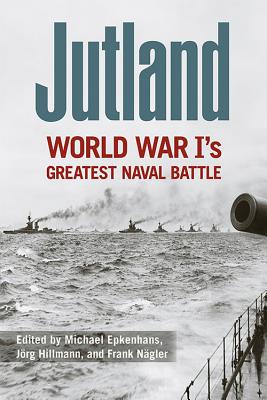 During the first two years of World War I, Germany struggled to overcome a crippling British blockade of its mercantile shipping lanes. With only sixteen dreadnought-class battleships compared to the renowned British Royal Navy's twenty-eight, the German High Seas Fleet stood little chance of winning a direct fight. The Germans staged raids in the North Sea and bombarded English coasts in an attempt to lure small British squadrons into open water where they could be destroyed by submarines and surface boats. After months of skirmishes, conflict erupted on May 31, 1916, in the North Sea near Jutland, Denmark, in what would become the most formidable battle in the history of the Royal Navy.

In Jutland, international scholars reassess the strategies and tactics employed by the combatants as well as the political and military consequences of their actions. Most previous English-language military analysis has focused on British admiral Sir John Jellicoe, who was widely criticized for excessive caution and for allowing German vice admiral Reinhard Scheer to escape; but the contributors to this volume engage the German perspective, evaluating Scheer's decisions and his skill in preserving his fleet and escaping Britain's superior force. Together, the contributors lucidly demonstrate how both sides suffered from leadership that failed to move beyond outdated strategies of limited war between navies and to embrace the total war approach that came to dominate the twentieth century. The contributors also examine the role of memory, comparing the way the battle has been portrayed in England and Germany. An authoritative collection of scholarship, Jutland serves as an essential reappraisal of this seminal event in twentieth-century naval history.