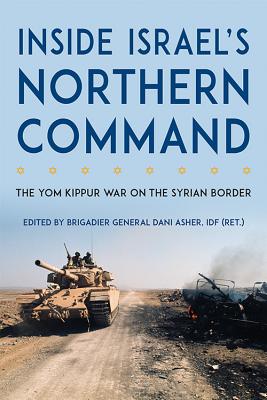 On October 6, 1973, Israel's Northern Command was surprised by the thunder of cannon fire and the sight of dense, black smoke. A Syrian force of 1,400 tanks supported by artillery and air power had attacked from the north while the Egyptian military invaded the Sinai Peninsula in the south. Syria sought to avenge its devastating loss of the Golan Heights in the 1967 Six-Day War-a conflict that not only resulted in territorial gain for Israel but also cemented the nation's reputation as the regio.

Brigadier General Dani Asher, IDF (Ret.) is the author of many books, including T he Egyptian Strategy for the Yom Kippur War: An Analysis. He lives in Israel.
Loading...
or support indie stores by buying on