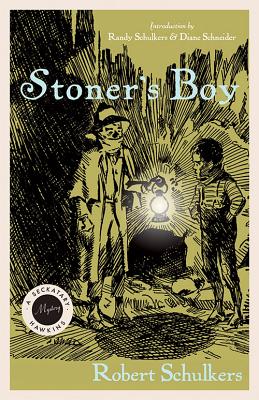 Mr. Stoner is bad, and it seems his son is turning out just the same. Masked and dressed all in gray, Stoner's Boy moves like a ghost up and down the river, stealing and causing mischief. Seckatary Hawkins and his club have crossed this dangerous lad, and (to make matters worse) Briggen and the Pelham gang across the river won't leave the ruthless thief alone: They know that he's hidden his treasure hoard somewhere in his cliff cave lair, and they're dead set on having.

Robert Schulkers (1890--1972) was born just two blocks from the Licking River in Covington, Kentucky. The banks of the Ohio and Kentucky Rivers and the limestone cave country of the Bluegrass became the playgrounds from which he would later draw inspiration for his many adventure stories, books, radio plays, and comics, produced from 1918 through the 1940s.
Loading...
or support indie stores by buying on