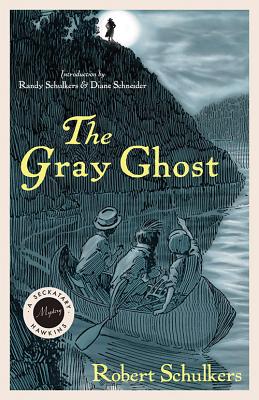 Everyone thought Stoner's Boy was dead. Seckatary Hawkins and the other boys saw him take that terrible fall into the cliff cave abyss. But the masked marauder known as the Gray Ghost is back--running the river and causing mischief . . . or is he?

It's not altogether clear if/whether or not someone from the old Red Runner gang, either Androfski the Silent or Jude the Fifth, is masquerading as the Fair and Square Club's old archenemy to hide from the law. Plus, t.

Robert Schulkers (1890--1972) was born just two blocks from the Licking River in Covington, Kentucky. The banks of the Ohio and Kentucky Rivers and the limestone cave country of the Bluegrass became the playgrounds from which he would later draw inspiration for his many adventure stories, books, radio plays, and comics, produced from 1918 through the 1940s.
Loading...
or support indie stores by buying on