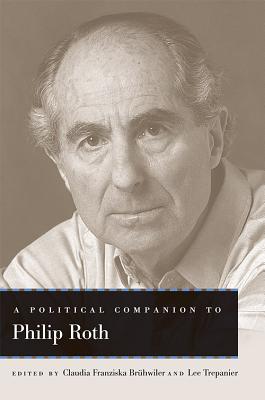 Philip Roth is widely acknowledged as one of the twentieth century's most prolific and acclaimed writers. Roth's first novel, Goodbye, Columbus (1959), received the National Book Award, and he followed this stunning debut with more than thirty books -- earning another National Book Award, two National Book Critics Circle awards, three PEN/Faulkner Awards, and the Pulitzer Prize. Throughout his career, Roth delighted in controversy but often denied that he sought a role as a public intellectual. His statements and vigorous support of suppressed writers in communist Czechoslovakia, however, tell a different story.

In A Political Companion to Philip Roth, established and rising scholars explore the myriad political themes in the author's work. Several of the contributors examine Roth's writings on Jewish identity, Zionism, and American attitudes toward Israel, as well as the influence of his work in other countries. Others investigate Roth's articulation of the roles of gender and sexuality in US culture. This interdisciplinary examination offers a more complete portrait of Roth as a public intellectual and cultural icon. Not only will it fill a gap in scholarship, but it will also provide a broader perspective on the nature and purpose of the acclaimed writer's political thought.