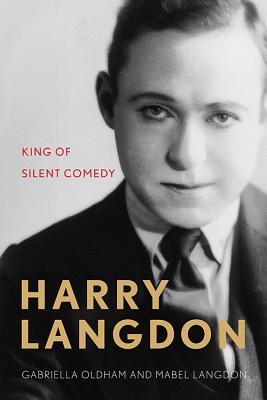 Among silent film comedians, three names stand out -- Charlie Chaplin, Buster Keaton, and Harold Lloyd -- but Harry Langdon indisputably deserves to sit among them as the fourth "king." In films such as The Strong Man (1926) and Long Pants (1927) , Langdon parlayed his pantomime talents, expressive eyes, and childlike innocence into silent-era stardom. This in-depth biography, which features behind-the-scenes accounts and personal recollections compiled by Langdon's late wife, provides a full and thoughtful picture of this multifaceted entertainer and his meteoric rise and fall.

Authors Gabriella Oldham and Mabel Langdon explore how the actor developed and honed his comedic skills in amateur shows, medicine shows, and vaudeville. Together they survey his early work on the stage at the turn of the twentieth century as well as his iconic routines and characters. They also evaluate his failures from the early sound period, including his decision to part ways with director Frank Capra. Despite his dwindling popularity following the introduction of talkies, Langdon persevered and continued to perform in theater, radio, and film -- literally until his dying day -- leaving behind a unique and brilliant body of work.

Featuring never-before-published stories and photos from his immediate family, this biography is a fascinating and revealing look at an unsung silent film giant.

Gabriella Oldham is the author of First Cut: Conversations with Film Editors and First Cut 2: More Conversations with Film Editors. Her love of silent comedy inspired Keaton's Silent Shorts: Beyond the Laughter and a forthcoming book on silent film comediennes. Most recently, she published John Cassavetes: Interviews. She is also an educator and a writing coach. Mabel Langdon (1906--2001) was the wife of Harry Langdon. She promoted his legacy through international appearances at film retrospectives and in interviews.
Loading...
or support indie stores by buying on