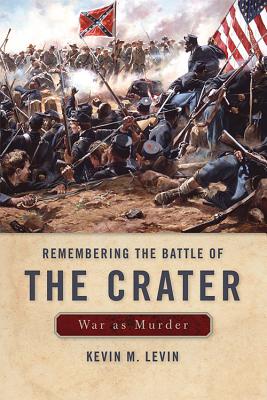 Remembering the Battle of the Crater

The battle of the Crater is known as one of the Civil War's bloodiest struggles--a Union loss with combined casualties of 5,000, many of whom were members of the United States Colored Troops (USCT) under Union Brigadier General Edward Ferrero. The battle was a violent clash of forces as Confederate soldiers fought for the first time against African American soldiers. After the Union lost the battle, these black soldiers were captured and subject both to extensive abuse and the thre.

Historian and educator Kevin M. Levin is currently researching the history of Confederate camp servants (slaves) and the myth of the black Confederate soldier. His published work in the area of Civil War history and historical memory can be found in popular magazines, newspapers, and scholarly journals.
Loading...
or support indie stores by buying on