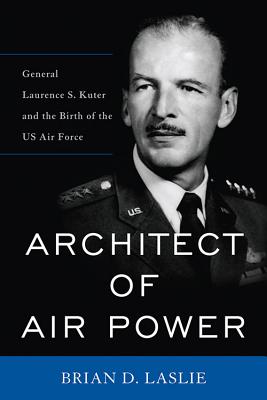 General Laurence S. Kuter and the Birth of the US Air Force (American Warriors)

At age 36, Laurence S. Kuter (1905--1979) became the youngest general officer since William T. Sherman. He served as deputy commander of allied tactical air forces in North Africa during World War II and helped devise the American bombing strategy in Europe. Although his combat contributions were less notable than other commanders in the Eighth Air Force, few officers saw as many theaters of operation as he did or were as highly sought-after. After World War II, he led the Military Air Transp.

Brian D. Laslie is Deputy Command Historian at NORAD and U.S. Northern Command as well as adjunct professor at the U.S. Air Force Academy. He is the author of The Air Force Way of War: U.S. Tactics and Training after Vietnam.
Loading...
or support indie stores by buying on