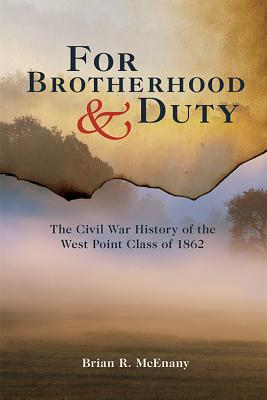 For Brotherhood and Duty

During the tense months leading up to the American Civil War, the cadets at the United States Military Academy at West Point continued their education even as the nation threatened to dissolve around them. Students from both the North and South struggled to understand events such as John Brown's Raid, the secession of eleven states from the Union, and the attack on Fort Sumter. By graduation day, half the class of 1862 had resigned; only twenty-eight remained, and their class motto -- "Joined.

Brian R. McEnany graduated from the United States Military Academy with the class of 1962 and served in artillery assignments in Germany, Korea, and the United States and combat service in Vietnam. A retired lieutenant colonel and operations research analyst, he is the author of several historical articles about West Point during the Civil War.
Loading...
or support indie stores by buying on