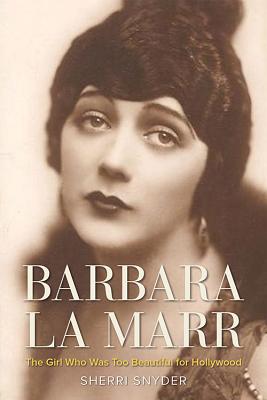 The Girl Who Was Too Beautiful for Hollywood (Screen Classics)

Barbara La Marr's (1896--1926) publicist once confessed: "There was no reason to lie about Barbara La Marr. Everything she said, everything she did was colored with news-value." When La Marr was sixteen, her older half-sister and a male companion reportedly kidnapped her, causing a sensation in the media. One year later, her behavior in Los Angeles nightclubs caused law enforcement to declare her "too beautiful" to be on her own in the city, and she was ordered to leave. When La Marr returned.

Actress and writer Sherri Snyder regularly portrays Barbara La Marr in a one-woman performance piece she wrote for the Pasadena Playhouse/Pasadena Museum of History production, Channeling Hollywood, and she maintains the tribute website, www.barbaralamarr.net.
Loading...
or support indie stores by buying on