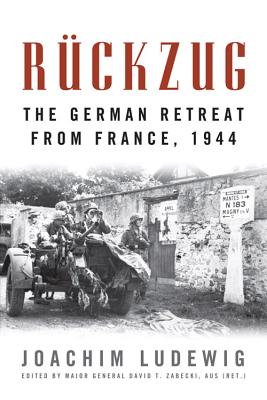 The Allied invasion of Normandy on June 6, 1944, marked a critical turning point in the European theater of World War II. The massive landing on France's coast had been meticulously planned for three years, and the Allies anticipated a quick and decisive defeat of the German forces. Many of the planners were surprised, however, by the length of time it ultimately took to defeat the Germans.

Joachim Ludewig is an officer in the German Army Reserve. He currently serves as a civil servant in the German Defense Ministry.Major General David T. Zabecki, AUS (Ret.), is the author of The German 1918 Offensives: A Case Study in the Operational Level of War and editor emeritus of Vietnam magazine. He holds the Shifrin Distinguished Chair in Military and Naval History at the United States Naval Academy and is also an Honorary Senior Research Fellow in the War Studies Programme at the University of Birmingham (United Kingdom).
Loading...
or support indie stores by buying on