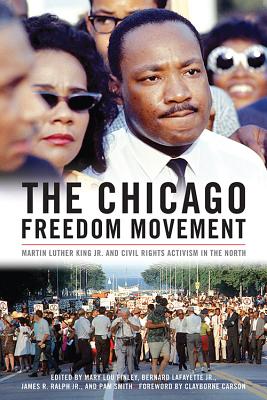 Martin Luther King Jr. and Civil Rights Activism in the North (Civil Rights and the Struggle for Black Equality in the Twen)

Six months after the Selma to Montgomery marches and just weeks after the passage of the Voting Rights Act of 1965, a group from Martin Luther King Jr.'s staff arrived in Chicago, eager to apply his nonviolent approach to social change in a northern city. Once there, King's Southern Christian Leadership Conference (SCLC) joined the locally based Coordinating Council of Community Organizations (CCCO) to form the Chicago Freedom Movement. The open housing demonstrations they organized eventually resulted in a controversial agreement with Mayor Richard J. Daley and other city leaders, the fallout of which has historically led some to conclude that the movement was largely ineffective.

In this important volume, an eminent team of scholars and activists offer an alternative assessment of the Chicago Freedom Movement's impact on race relations and social justice, both in the city and across the nation. Building upon recent works, the contributors reexamine the movement and illuminate its lasting contributions in order to challenge conventional perceptions that have underestimated its impressive legacy.

Mary Lou Finley is a sociologist and professor emeritus at Antioch University Seattle and coauthor of Doing Democracy: the MAP Model for Organizing Social Movements.Bernard LaFayette Jr., former Distinguished Senior Scholar in Residence at Emory University's Candler School of Theology, is the chair of the national board of SCLC, and author of In Peace and Freedom: My Journey in Selma.James R. Ralph Jr. is Rehnquist Professor of American History and Culture at Middlebury College and author of Northern Protest: Martin Luther King, Jr., Chicago and the Civil Rights Movement.Pam Smith is a public historian and longtime Chicago consultant who served as a senior press aide to Jesse Jackson in his 1988 presidential campaign and to Barack Obama in his primary campaign for the US Senate. She is Executive Director of the Addie Wyatt Center for Nonviolence Training in Chicago.
Loading...
or
Not Currently Available for Direct Purchase