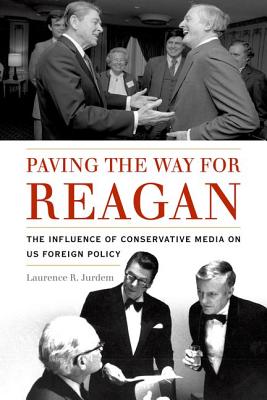 Paving the Way for Reagan

From 1964 to 1980, the United States was buffeted by a variety of international crises, including the nation's defeat in Vietnam, the growing aggression of the Soviet Union, and Washington's inability to free the fifty two American hostages held by Islamic extremists in Iran. Through this period and in the decades that followed, Commentary, Human Events, and National Review magazines were critical in supporting the development of GOP conservative positions on key issues that shaped events at home and abroad. These publications and the politicians they influenced pursued a fundamental realignment of US foreign policy that culminated in the election of Ronald Reagan.

Paving the Way for Reagan closely examines the ideas and opinions conveyed by the magazines in relationship to their critiques of the dominant liberal foreign policy events of the 1960s and 1970s. Revealed is how the journalists' key insights and assessments of the US strategies on Vietnam, China, the Strategic Arms Limitations Talks (SALT), the United Nations, the Panama Canal, Rhodesia, and the Middle East applied pressure to leaders on the Right within the GOP who they believed were not being faithful to conservative principles. Their views were ultimately adopted within the conservative movement, and subsequently, helped lay the foundation for Reagan's "peace through strength" foreign policy.

Incorporating primary sources and firsthand accounts from writers and editors, Jurdem provides a comprehensive analysis of how these three publications played a fundamental role influencing elite opinion for a paradigm shift in US foreign policy during this crucial sixteen--year period.

Laurence R. Jurdem is an independent scholar who specializes in the history of American conservatism. His work has appeared in publications such as the Washington Post, National Review and History News Network.
Loading...
or
Not Currently Available for Direct Purchase