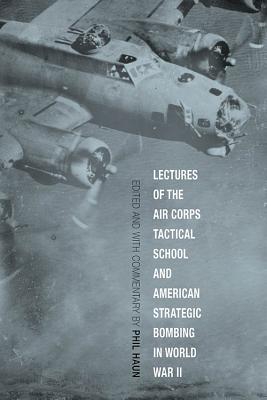 Following the cataclysmic losses suffered in World War I, air power theorists in Europe advocated for long-range bombers to overfly the trenches and strike deep into the enemy's heartland. The bombing of cities was seen as a means to collapse the enemy's will to resist and bring the war to a quick end. In the United States, airmen called for an independent air force, but with the nation's return to isolationism, there was little appetite for an offensive air power doctrine. By the 1930s, however, a cadre of officers at the US Army Air Corps Tactical School (ACTS) had articulated an operational concept of high-altitude daylight precision bombing (HADPB) that would be the foundation for a uniquely American vision of strategic air attack.

In Lectures of the Air Corps Tactical School and American Strategic Bombing in World War II editor Phil Haun brings together nine ACTS lecture transcripts, which have been preserved in Air Force archives, exactly as delivered to the airmen destined to lead the US Army Air Forces in World War II. Presented is a distinctive American strategy of high-altitude daylight precision bombing as told through lectures given at the ACTS during the interwar period and how these airmen put the theory to the test. The book examines the Air Corps theory of HADPB as compared to the reality of combat in World War II by relying on recent, revisionist histories that have given scholars a deeper understanding of the impact of strategic bombing on Germany.

Phil Haun is professor and dean of Academics at the US Naval War College. He is author of Coercion, Survival, and War: Why Weak States Resist the United States and coeditor of A-10s over Kosovo.
Loading...
or
Not Currently Available for Direct Purchase