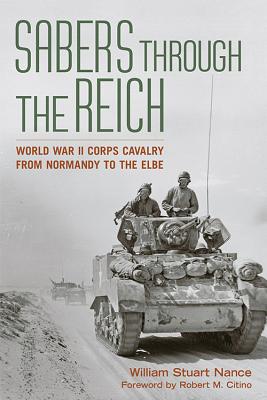 Sabers Through the Reich

In Sabers through the Reich, William Stuart Nance provides the first comprehensive operational history of American corps cavalry in the European Theater of Operations (ETO) during World War II. The corps cavalry had a substantive and direct impact on Allied success in almost every campaign, and served as offensive guards for armies across Europe, conducting reconnaissance, economy of force, and security missions, as well as prisoner of war rescues. From D-Day and Operation Cobra to the Battle of the Bulge and the drive to the Rhine, these groups had the mobility, flexibility, and firepower to move quickly across the battlefield, enabling them to aid communications and intelligence gathering, reducing the Clausewitzian "friction of war."

William Stuart Nance is an active duty armor officer. He taught military history at the United States Military Academy and the United States Command and General Staff College.
Loading...
or
Not Currently Available for Direct Purchase