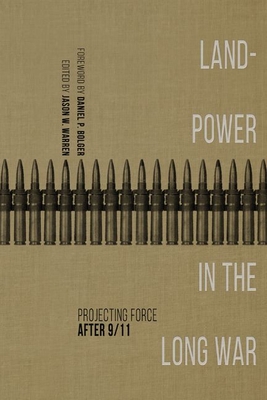 Landpower in the Long War

War and landpower's role in the twenty-first century is not just about military organizations, tactics, operations, and technology; it is also about strategy, policy, and social and political contexts. After fourteen years of war in the Middle East with dubious results, a diminished national reputation, and a continuing drawdown of troops with perhaps a future force increase proposed by the Trump administration, the role of landpower in US grand strategy will continue to evolve with changing.

Jason W. Warren, Lieutenant Colonel, US Army, is future plans chief for defensive cyberspace at Fort Meade, Maryland. He is the author of Connecticut Unscathed: Victory in the Great Narragansett War, 1675-1676, editor of Drawdown: The American Way of Postwar, and coeditor of The Many Faces of War.
Loading...
or support indie stores by buying on