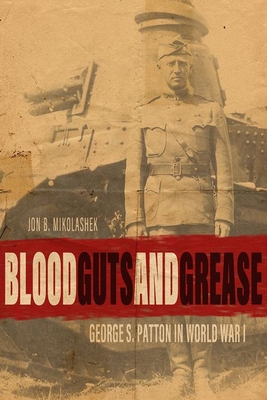 George S. Patton is one of the most controversial, celebrated, and popular military leaders in American history, and his accomplishments and victories have been greatly documented. Yet Patton spent years in the Army before garnering national attention and becoming a highly-regarded and respected military leader. This work explores Patton's beginnings as a driven and intrepid soldier and his battles leading up to the Great War -- military experiences which would be influential in his development as a commander.

Drawing upon Patton's papers and archival documents in the National Archives, this is an early-career biography of the eminent military leader. It begins with his exploits as a relatively junior but ambitious Army officer who, due to his family's wealth and influence, was able to join General John J. Pershing's American Expeditionary Force (AEF). This assignment would ultimately change his life in two ways: it would make Pershing the mentor Patton would emulate for the rest of his life, and it would catapult his military career as the first tanker in the US Army.

This study follows Patton's trajectory, from the creation of the Tank Corps and the Light Tank School, to Patton's eventual successes and injuries during the Battle of Saint Mihiel, the attack into Pannes, and the Meuse-Argonne Offensive. Revealed is that the experience Patton gained in World War I was seminal in his evolvement as a leader and laid the groundwork for not only his own personal future triumphs but also for the success of the entire United States Army armored forces in World War II.

Jon B. Mikolashek is associate professor of history at the United States Army Command and General Staff College and American Military University. He is the author of General Mark Clark: Commander of U.S. Fifth Army and Liberator of Rome and coauthor of Operation ENDURING FREEDOM: 2002-2005.
Loading...
or
Not Currently Available for Direct Purchase