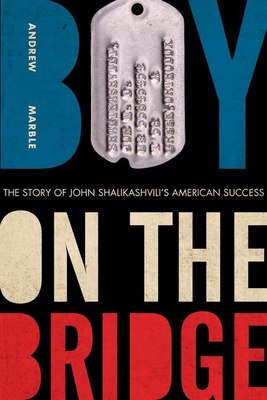 Boy on the Bridge

His life and career were the embodiment of the American dream. Born in Poland, John Shalikashvili (1936--2011) descended from aristocratic European families that served with distinction in both battle and government for centuries. After barely surviving the Warsaw Uprising, he and his family fled to Germany during World War II to escape advancing Soviet troops and emigrated to the United States in 1952. Shalikashvili was drafted into the army as a private in 1958 and rose steadily through the.

Andrew Marble is a writer and editor who has worked in the fields of Chinese politics, Taiwan studies, US policy to Asia, and international food policy.
Loading...
or support indie stores by buying on