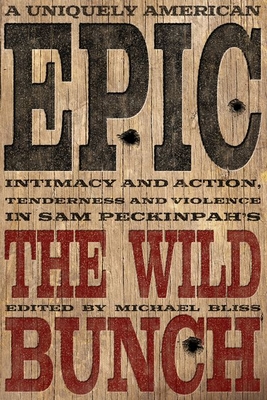 One of the most innovative films ever made, Sam Peckinpah's motion picture The Wild Bunch was released in 1969. From the outset, the film was considered controversial because of its powerful, graphic, and direct depiction of violence, but it was also praised for its lush photography, intricate camera work, and cutting-edge editing. Peckinpah's tale of an ill-fated, aging outlaw gang bound by a code of honor is often regarded as one of the most complex and impactful Westerns in America.

Michael Bliss teaches writing, literature, and film at Virginia Tech. He is the author of Laurel and Hardy's Comic Catastrophes: Laughter and Darkness in the Features and Short Films, Dreams within a Dream: The Films of Peter Weir, and Justified Lives: Morality and Narrative in the Films of Sam Peckinpah, among others.
Loading...
or support indie stores by buying on