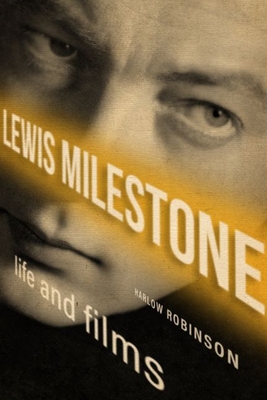 This comprehensive biography is the first to present Lewis Milestone's remarkable life -- a classic rags-to-riches American narrative -- in full and explores his many acclaimed films from the silent to the sound era. Creator of All Quiet on the Western Front, Of Mice and Men, the original Ocean's Eleven and Mutiny on the Bounty, Lewis Milestone (1895-1980) was one of the most significant, prolific, and influential directors of our time. A serious artist who bel.

Harlow Robinson is professor of History and Screen and Media Studies Emeritus at Northeastern University. He is the author of Sergei Prokofiev: A Biography; The Last Impresario: The Life, Times, and Legacy of Sol Hurok; Russians in Hollywood, Hollywood's Russians: Biography of an Image; and editor and translator of Selected Letters of Sergei Prokofiev. His articles, essays, and reviews have appeared in the New York Times, the Boston Globe, the Los Angeles Times, Opera News, Musical America, Cineaste, the San Francisco Chronicle, and other publications. In 2010 he was named an Academy Film Scholar by the Academy of Motion Picture Arts and Sciences.
Loading...
or support indie stores by buying on