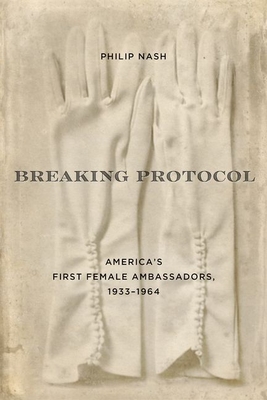 "It used to be," soon-to-be secretary of state Madeleine K. Albright said in 1996, "that the only way a woman could truly make her foreign policy views felt was by marrying a diplomat and then pouring tea on an offending ambassador's lap."

This world of US diplomacy excluded women for a variety of misguided reasons: they would let their emotions interfere with the task of diplomacy, they were not up to the deadly risks that could arise overseas, and they would be unable to cultivate the social contacts vital to success in the field. The men of the State Department objected but had to admit women, including the first female ambassadors: Ruth Bryan Owen, Florence "Daisy" Harriman, Perle Mesta, Eugenie Anderson, Clare Boothe Luce, and Frances Willis. These were among the most influential women in US foreign relations in their era.

Using newly available archival sources, Philip Nash examines the history of the "Big Six" and how they carved out their rightful place in history. After a chapter capturing the male world of American diplomacy in the early twentieth century, the book devotes one chapter to each of the female ambassadors and delves into a number of topics, including their backgrounds and appointments, the issues they faced while on the job, how they were received by host countries, the complications of protocol, and the press coverage they received, which was paradoxically favorable yet deeply sexist. In an epilogue that also provides an overview of the role of women in modern US diplomacy, Nash reveals how these trailblazers helped pave the way for more gender parity in US foreign relations.

Philip Nash is associate professor of history at Penn State Shenango. He is the author of The Other Missiles of October: Eisenhower, Kennedy, and the Jupiters, 1957--1963, as well as numerous articles and book chapters.
Loading...
or
Not Currently Available for Direct Purchase