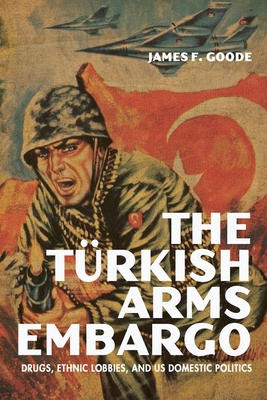 Drugs, Ethnic Lobbies, and Us Domestic Politics (Studies in Conflict)

In August 1974, while Richard Nixon resigned and Gerald Ford began a prolonged battle with Congress over executive power, a crisis was occurring in Cyprus. Desperate to shore up its declining popularity with a foreign policy triumph, the military government of Greece tried to overthrow the government of the independent island nation. In response, the Republic of Turkey invaded Cyprus in order to protect Turkish Cypriots. The invasion led to the downfall of the junta in Athens, the beginning o.

James F. Goode is professor emeritus of history at Grand Valley State University and former director of its Middle East Studies program. He is the author of The United States and Iran, 1946-51: The Diplomacy of Neglect, The United States and Iran: In the Shadow of Musaddiq, and Negotiating for the Past: Archaeology, Nationalism, and Diplomacy in the Middle East, 1919-1941.
Loading...
or support indie stores by buying on