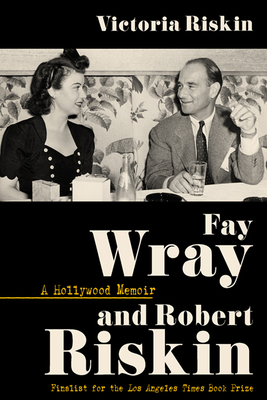 Robert Riskin (1897--1955) is considered to be one of the greatest screenwriters of all time. He was an Academy Award-winning writer and producer whose ten-year-long collaboration with Frank Capra yielded films such as American Madness (1932), It Happened One Night (1934), Mr. Deeds Goes to Town (1936), Lost Horizon (1937), You Can't Take It with You (1938) and Meet John Doe (1941). He was hailed by many -- including F. Scott Fitzgerald -- as being "among the best screenwriters in the business."

In this moving and masterful work, Wray and Riskin's daughter interweaves the story of their lives and connects them to one of the most interesting periods in Hollywood history. At the heart of Fay Wray and Robert Riskin is a great love story, backed by a cast of characters that includes the greatest stars, filmmakers, screenwriters, and moguls of the era. Readers should not miss this touching and highly acclaimed book.