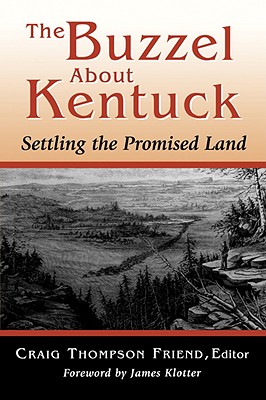 Touted as an American Eden, Kentucky provides one of the most dramatic social histories of early America.

In this collection, ten contributors trace the evolution of Kentucky from First West to Early Republic. The authors tell the stories of the state's remarkable settlers and inhabitants: Indians, African Americans, working-class men and women, wealthy planters and struggling farmers. Eager settlers built defensive forts across the countryside, while women and slaves used revivalism to create new opportunities for themselves in a white, patriarchal society. The world that this diverse group of people made was both a society uniquely Kentuckian and a microcosm of the unfolding American pageant. In the mid-1700s, the trans-Appalachian region gained a reputation for its openness, innocence, and rusticity- fertile ground for an agrarian republic founded on the virtue of the yeoman ideal.

By the nineteenth century, writers of history would characterize the state as a breeding ground for an American culture of distinctly Anglo-Saxon origin. Modern historians, however, now emphasize exploring the entire human experience, rather than simply the political history, of the region. An unusual blend of social, economic, political, cultural, and religious history, this volume goes a long way toward answering the question posed by a Virginia clergyman in 1775: "What a buzzel is this amongst people about Kentuck?"

Craig Thompson Friend is the author of Kentucke's Frontiers and Along the Maysville Road: The Early Republic in the Trans-Appalachian West, and coauthor of A New History of Kentucky, 2nd edition. He is professor of history at North Carolina State University.
Loading...
or support indie stores by buying on