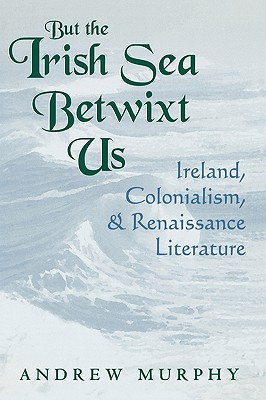 But the Irish Sea Betwixt Us

At the rise of the Tudor age, England began to form a national identity. With that sense of self came the beginnings of the colonialist notion of the "other"" Ireland, however, proved a most difficult other because it was so closely linked, both culturally and geographically, to England. Ireland's colonial position was especially complex because of the political, religious, and ethnic heritage it shared with England. Andrew Murphy asserts that the Irish were seen not as absolute but as "proximate" others. As a result, English writing about Ireland was a problematic process, since standard colonial stereotypes never quite fit the Irish. But the Irish Sea Betwixt Us examines the English view of the "imperfect" other by looking at Ireland through works by Spenser, Jonson, and Shakespeare. Murphy also considers a broad range of materials from the Renaissance period, including journals, pamphlets, histories, and state papers.