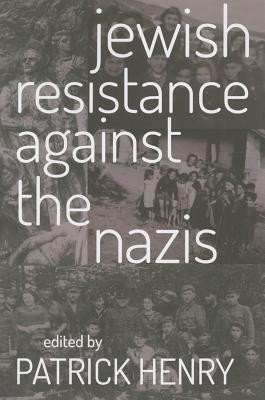 Jewish Resistance Against the Nazis

This volume puts to rest the myth that the Jews went passively to the slaughter like sheep. Indeed Jews resisted in every Nazi-occupied country--in the forests, the ghettos, and the concentration camps. The essays presented here consider Jewish resistance to be resistance by Jewish persons in specifically Jewish groups, or by Jewish persons working within non-Jewish organizations. Resistance could be armed revolt; flight; the rescue of targeted individuals by concealment in non- Jewish homes, farms, and institutions; or by the smuggling of Jews into countries where Jews were not objects of Nazi persecution. Other forms of resistance include every act that Jewish people carried out to fight against the dehumanizing agenda of the Nazis--acts such as smuggling food, clothing, and medicine into the ghettos, putting on plays, reading poetry, organizing orchestras and art exhibits, forming schools, leaving diaries, and praying. These attempts to remain physically, intellectually, culturally, morally, and theologically alive constituted resistance to Nazi oppression, which was designed to demolish individuals, destroy their soul, and obliterate their desire to live. The contributors are among the most renowned Holocaust authorities in Israel, Europe, Canada, and the United States. The essays treat Jewish resistance in France, Belgium, Italy, Greece, the Netherlands, Scandinavia, the Yishuv, Germany, Austria, Croatia, Poland, Romania, the Ukraine, Belarus, Slovakia, and Hungary. Some essays describe children's resistance and music as resistance. The authors explain why different types of resistance occurred in some places but not in others and how factors such as terrain played a vital role in why one type of resistance took place in some areas but was impossible elsewhere. The importance of chronology and the progress of the war are also considered. This comprehensive handbook will serve as an indispensable guide for Holocaust scholars and general readers.

PATRICK HENRY is the Cushing Eells Professor Emeritus of Philosophy, Literature and Foreign Languages at Whitman College
Loading...
or support indie stores by buying on
(This book is on backorder)