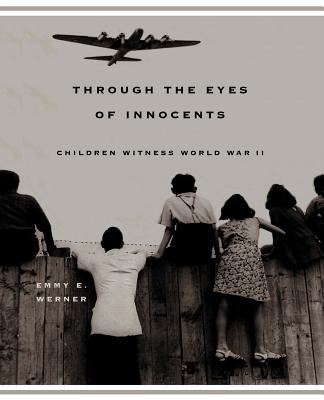 Through The Eyes Of Innocents (Paperback)

World War II was the first modern war in which more civilians than soldiers were killed or maimed: When it ended in August 1945, more than thirty-nine millions civilians had died as a direct result of the war, and some thirteen million of these were children. In Through the Eyes of Innocents, Emmy Werner tells the story of the children of World War II through their own words. Drawing on diaries, letters, and journals kept by youngsters caught up in the war, Werner shows the universality of their experience. Children and teenagers from a dozen countries - England, Germany, France, Japan, the former Soviet Union, Austria, Holland, Belgium, Denmark, Norway, Poland and the United States - are all represented in some 200 eye-witness accounts. Werner focuses on their shared reactions to the war, the hardships they endured, how they coped, and how the war experience shaped their lives. The message they share with other children in contemporary wars is an extraordinary affirmation of life and the sustaining power of hope and human decency.

Emmy E. Werner is a developmental psychologist and research professor at the University of California at Davis. She is the author of many books, including Through the Eyes of Innocents (Westview Press 2000); Reluctant Witnesses (Westview Press, 1998); Pioneer Children on the Journey West (Westview Press 1995).
or support indie stores by buying on
Copyright © 2020 American Booksellers Association