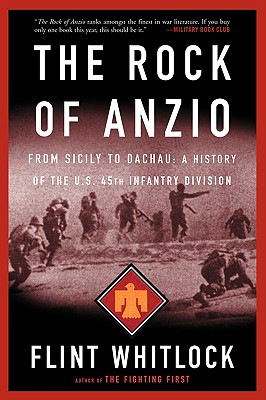 The Rock Of Anzio

From Sicily To Dachau, A History Of The U.S. 45th Infantry Division

Anzio was one of the greatest battles of World War II-a desperate gamble to land a large amphibious force behind German lines in Italy in the hope that the war could be shortened by capturing Rome. It also turned out to be one of the bloodiest battles in U.S. military history. Based on extensive research into archives, photos, letters, diaries, previously classified official records, and scores of personal interviews with surviving veterans of the 45th, The Rock of Anzio is written with an immediacy that puts the reader right onto the battlefield and shows us war through the eyes of ordinary men called upon to perform extraordinary deeds.