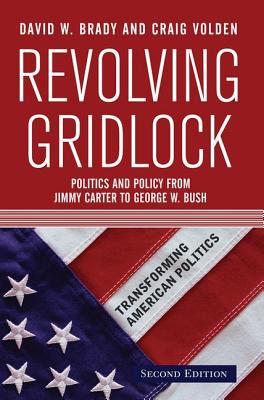 Despite the early prospects for bipartisan unity on terrorism initiatives, government gridlock continues on most major issues in the wake of the 2004 elections. In this fully revised edition, political scientists David W. Brady and Craig Volden demonstrate that gridlock is not a product of divided government, party politics, or any of the usual scapegoats. It is, instead, an instrumental part of American government, built into our institutions and sustained by leaders acting rationally not only to achieve set goals but to thwart foolish inadvertencies. Looking at key legislative issues from the divided government under Reagan, through Clinton's Democratic government to complete unified Republican control under George W. Bush, the authors clearly and carefully analyze important crux points in lawmaking: the swing votes, the veto, the filibuster, and the rise of tough budget politics. They show that when it comes to government gridlock, it doesn't matter who's in the White House or who's in control of Congress; it's as American as apple pie, and its results may ultimately be as sweet in ensuring stability and democracy.