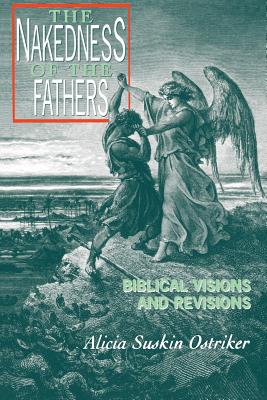 The Nakedness of the Fathers

Like much twentieth-century feminist writing today, this book crosses the boundaries of genre. Biblical interpretation combines with fantasy, autobiography, and poetry. Politics joins with eroticism. Irreverence coexists with a yearning for the sacred. Scholarship contends with heresy. Most excitingly, the author continues and extends the tradition of arguing with God that commences in the Bible itself and continues now, as it has for centuries, to animate Jewish writing. The difference here is that the voice that debates with God is a woman's.

In her introduction, "Entering the Tents, " Ostriker defines the need to struggle against a tradition in which women have been silenced and disempowered - and to recover the female power buried beneath the surface of the biblical texts. In "The Garden, " she reinterprets the mythically complex stories of Creation. Then she considers the stories of "The Fathers, " from Abraham and Isaac to Moses, David, and Solomon - and their wives, mothers, and sisters. In "The Return of the Mothers, " she begins with a radical new interpretation of the book of Esther, includes a meditation on the silenced wife of Job and the idea of justice, and concludes with a fable on the death of God and a prayer to the Shekhinah, the feminine aspect of God. Ostriker refuses to dismiss the Bible as meaningless to women. Instead, in this angry, eloquent, visionary book, she attempts to recover what is genuinely sacred in these sacred texts.