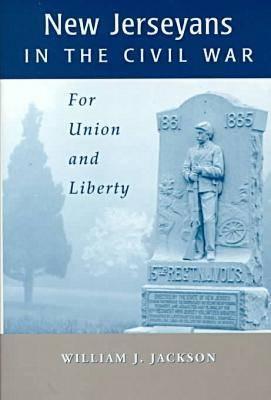 New Jerseyans in the Civil War

For Union and Liberty

The Civil War divided New Jersey just as it did the nation. As a small state sandwiched between two large and powerful neighbors, New Jersey had always enthusiastically supported the creation of a strong central government. On the other hand, many New Jersey citizens did not share the anti-slavery sentiments of the North; they supported property rights of slave owners and believed in the natural inferiority of blacks. Subsequently, when southern states began to secede from the Union to form the Confederacy, New Jerseyans were left divided and confused.

William J. Jackson examines the ironies, paradoxes, and contradictions that characterized New Jersey's unique historical role in the war. This is the only book to incorporate social and political history with that of military history and strategy. Civil War aficionados and historians will also welcome Jackson's analysis of the participation of New Jersey African Americans on the home front and in the military.

WILLIAM J. JACKSON taught history at The Lawrenceville School in New Jersey from 1966 to 1994. Since his retirement, he has led courses on the Civil War in Elderhostel and the ILEAD program at Dartmouth College.
Loading...
or
Not Currently Available for Direct Purchase