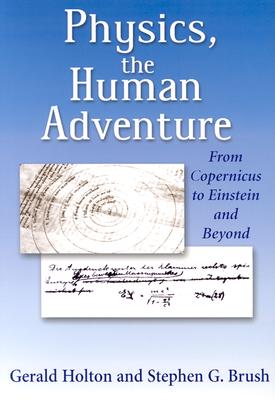 From Copernicus to Einstein and Beyond

Physics, the Human Adventure is the third edition of the classic text Introduction to Concepts and Theories in Physical Science. Authored by Gerald Holton, the text was a landmark in science education. It was the first modern textbook in physics (or in any other science) to make full and effective use of the history and philosophy of science in presenting for both the general and the science-oriented student an account of the nature of physical science. A second edition, prepared by Stephen G. Brush, brought the book up to date by increasing the coverage of topics in modern physics and by taking account of recent scholarly research in the history of science.

In the new book Physics, The Human Adventure, each of the chapters has been reworked to further clarify the physics concepts and to incorporate recent physical advances and research. The book shows the unifying power of science by bringing in connections to chemistry, astronomy, and geoscience. In short, the aid of the new edition is to teach good physics while presenting physical science as a human adventure that has become a major force in our civilization.

New chapters discuss theories of the origin of the solar system and the expanding universe; fission, fusion, and the Big Bang–Steady State Controversy; and thematic elements and styles in scientific thought. New topics include:

• Theories of vision: does the eye send out rays or receive them?

• Distances in the solar system

• Consequences of the indistinguishability of elementary particles of the same kind