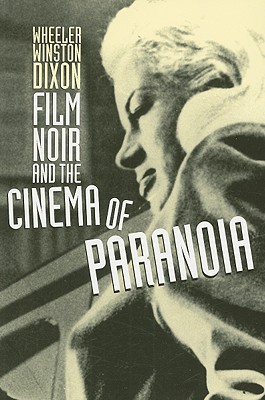 Film Noir and the Cinema of Paranoia

Noir. A shadow looms. The blow, a sharp surprise. Waking and sleeping, the fear is with us and cannot be contained. Paranoia.

Wheeler Winston Dixon's comprehensive work engages readers in an overview of noir and fatalist film from the mid-twentieth century to the present, ending with a discussion of television, the Internet, and dominant commercial cinema. Beginning with the 1940s classics, Film Noir and the Cinema of Paranoia moves to the "Red Scare" and other ominous expressions of the 1950s that contradicted an American split-level dream of safety and security. The dark cinema of the 1960s hosted films that reflected the tensions of a society facing a new and, to some, menacing era of social expression. From smaller studio work to the vibrating pulse of today's "click and kill" video games, Dixon boldly addresses the noir artistry that keeps audiences in an ever-consumptive stupor.


Praise For Film Noir and the Cinema of Paranoia…

"Wheeler's observations illustrate how paranoia, as constructed through the lens of film noir, proves more relevant than ever. A wonderful addition to the literature on film noir and film genres. Highly recommended."
— Choice

“Displays a true cinephile’s fascination with the gunslingers and femmes fatales of film noir, and the dark, uneasy world they inhabit. Wide-ranging and packed with compelling detail, this work will be an invaluable addition to the bookshelves of fans, academics, and completists alike."

Wheeler Winston Dixon is the James Ryan Endowed Professor of Film Studies at the University of Nebraska, Lincoln. He is the author and editor of numerous books, including A Short History of Film (Rutgers University Press).
Loading...
or
Not Currently Available for Direct Purchase