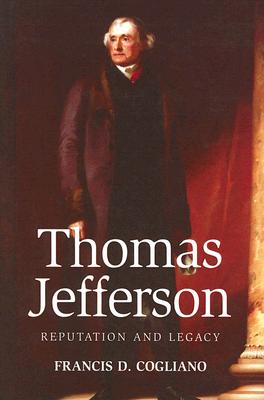 In his probing new study, Francis Cogliano focuses on Thomas Jefferson's relation to history, both as the context in which he lived, and as something he made considerable, and conscious, efforts to influence. He was acutely aware that he would be judged by posterity, and he believed that the fate of the republican experiment depended to a large extent on how it was rendered by historians.The first half of the book situates Jefferson's ideas about history within the context of eighteenth-century historical thought. It then considers the efforts Jefferson made to shape the way the history of his life and times would be written: through the careful preservation of most of his personal and public papers, and through the institutions he left behind, including his home, Monticello, and the University of Virginia. The second half of the book considers the results of Jefferson's efforts to shape historical writings about himself and his period, which have issued forth in an unbroken stream from his day to our own. Although Jefferson seemed to have achieved apotheosis in the years following World War II, his rise above controversy was short-lived. Earlier political questions were replaced by arguments over race, class, and gender, and recent scholarship has criticized Jefferson's attitudes and actions with regard to civil liberties, Native Americans, slaves, and women, not least in the context of debates surrounding his relationship with his slave, Sally Hemings. Our complex feelings about Jefferson's relation to these issues are a reflection of the man who helped engineer their place in our historical discourse.

Francis D. Cogliano is a Reader in History at the University of Edinburgh and the author of Revolutionary America, 1763-1815: A Political History.
or
Not Currently Available for Direct Purchase
Copyright © 2020 American Booksellers Association