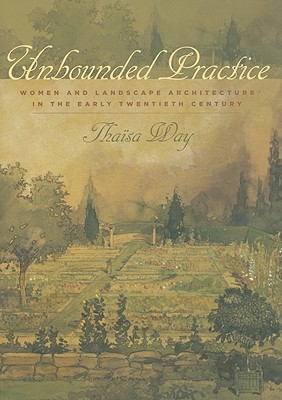 Women and Landscape Architecture in the Early Twentieth Century

Women have practiced as landscape architects for over a century, since the founding of the practice as a profession in the United States in the 1890s. They came to landscape architecture as gardeners, garden designers, horticulturalists, and fine artists. They simultaneously shaped the profession while reflecting contemporary practice. It is all the more surprising, then, that the history of women in American landscape design has received relatively little attention. Tha sa Way corrects this oversight in Unbounded Practice: Women and Landscape Architecture in the Early Twentieth Century. Describing design practice in landscape architecture during the first half of the twentieth century, the book serves as a narrative both of women--such as Beatrix Jones Farrand, Marian Cruger Coffin, Annette Hoyt Flanders, Ellen Biddle Shipman, Martha Brookes Hutcheson, and Marjorie Sewell Cautley--and of the practice as it became a profession.

Winner of a 2008 David R. Coffin Publication Grant, awarded by the Foundation for Landscape Studies