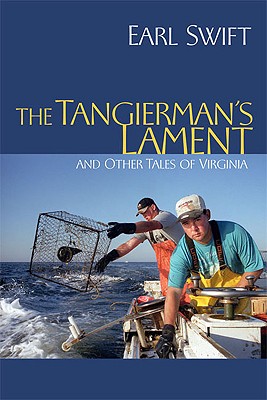 And Other Tales of Virginia

Go where the story is--that's one tenet of journalism Earl Swift has had little trouble living up to. In two decades of covering the commonwealth, Swift has hiked, canoed--even spelunked--a singular path through Virginia. He has also stopped and listened. This collection brings together some twenty Virginia tales wherein hardship is revealed as tragedy, and humor appears as uncanny, illuminating strangeness.

The Pulitzer-nominated title story takes us to the Chesapeake island of Tangier, home to a Methodist enclave over two hundred years old, with an economy almost wholly dependent on the blue crab. The gradual exodus of the island's young people and the dwindling crab hauls point to an inevitable extinction that finds a dramatic metaphor in the erosion of the island itself, which is literally disappearing beneath its inhabitants' feet.

An epic piece of reporting, "When the Rain Came" revisits the August night in 1969 when Hurricane Camille descended on Nelson and Rockbridge counties, bringing with it a deluge of nearly Biblical proportions that killed 151 people. It was later characterized by the Department of the Interior as "one of the all-time meteorological anomalies in the United States." Swift looks beyond the extraordinary numbers to find the individual stories, told to him by the people who still remember the trembling floorboards and rain too heavy to see, or even breathe, through.

Other stories include a nerve-wracking inside look at the Pentagon on the morning of 9/11, the travails of a failed novelist turned folk-art demigod, an account of a 1929 Scott County tornado (deemed the deadliest in Virginia history), and a profile of Nelson County swami Master Charles, who boasts a corps of meditative followers, a mountain retreat in Nellysford, and an incomplete resume. Each piece reconfirms Virginia as a land uncommonly rich in stories--and Earl Swift as one of its most perceptive and tireless chroniclers.

A staff writer for the Norfolk Virginian-Pilot, Earl Swift has been a Fulbright fellow, PEN finalist, and five times nominated for a Pulitzer Prize. He is the author of Where They Lay: Searching for America's Lost Soldiers and Journey on the James: Three Weeks through the Heart of Virginia (Virginia), winner of the 2002 Phillip D. Reed Award for environmental writing.
Loading...
or
Not Currently Available for Direct Purchase