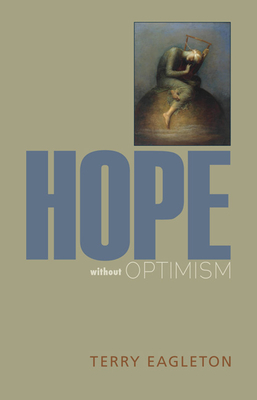 In his latest book, Terry Eagleton, one of the most celebrated intellects of our time, considers the least regarded of the virtues. His compelling meditation on hope begins with a firm rejection of the role of optimism in life's course. Like its close relative, pessimism, it is more a system of rationalization than a reliable lens on reality, reflecting the cast of one's temperament in place of true discernment. Eagleton turns then to hope, probing the meaning of this familiar but elusive word: Is it an emotion? How does it differ from desire? Does it fetishize the future? Finally, Eagleton broaches a new concept of tragic hope, in which this old virtue represents a strength that remains even after devastating loss has been confronted.

In a wide-ranging discussion that encompasses Shakespeare's Lear, Kierkegaard on despair, Aquinas, Wittgenstein, St. Augustine, Kant, Walter Benjamin's theory of history, and a long consideration of the prominent philosopher of hope, Ernst Bloch, Eagleton displays his masterful and highly creative fluency in literature, philosophy, theology, and political theory. Hope without Optimism is full of the customary wit and lucidity of this writer whose reputation rests not only on his pathbreaking ideas but on his ability to engage the reader in the urgent issues of life.

Terry Eagleton is Distinguished Professor of Literature at the University of Lancaster. He is the author, most recently, of Culture and the Death of God.
Loading...
or support indie stores by buying on