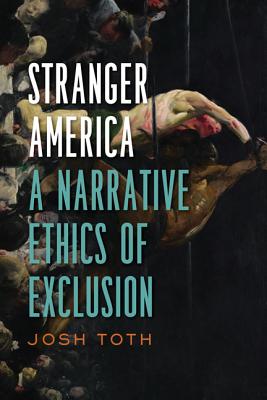 Contradictory ideals of egalitarianism and self-reliance haunt America's democratic state. We need look no further than Donald Trump's 2016 presidential campaign and victory for proof that early twentieth-century anxieties about individualism, race, and the foreign or intrusive "other" persist today. In Stranger America, Josh Toth tracks and delineates these anxieties in America's aesthetic production, finally locating a potential narrative strategy for circumnavigating them.

Toth's central focus is, simply, strangeness--or those characters who adamantly resist being fixed in any given category of identity. As with the theorists employed (Nancy, iek, Derrida, Freud, Hegel), the subjects and literature considered are as encompassing as possible: from the work of Herman Melville, William Faulkner, James Weldon Johnson, and Nella Larsen to that of Philip K. Dick, Woody Allen, Larry David, and Bob Dylan; from the rise of nativism in the early twentieth century to object-oriented ontology and the twenty-first-century zombie craze; from ragtime and the introduction of sound in American cinema to the exhaustion of postmodern metafiction.

Toth argues that American literature, music, film, and television can show us the path toward a new ethic, one in which we organize identity around the stranger rather than resorting to tactics of pure exclusion or inclusion. Ultimately, he provides a new narrative approach to otherness that seeks to realize a truly democratic form of community.

Josh Toth is Associate Professor of English at MacEwan University.
Loading...
or support indie stores by buying on