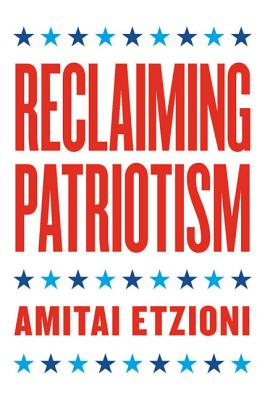 Amitai Etzioni has made his reputation by transcending unwieldy, and even dangerous, binaries such as left/right or globalism/nativism. In his new book, Etzioni calls for nothing less than a social transformation--led by a new social movement--to save our world's democracies, currently under threat in today's volatile and profoundly divided political environments.

The United States, along with scores of other nations, has seen disturbing challenges to the norms and institutions of our democratic society, particularly in the rise of exclusive forms of nationalism and populism. Focusing on nations as the core elements of global communities, Etzioni envisions here a patriotic movement that rebuilds rather than splits communities and nations.

Beginning with moral dialogues that seek to find common ground in our values and policies, Etzioni sets out a path toward cultivating a "good" form of nationalism based on this shared understanding of the common good. Working to broaden civic awareness and participation, this approach seeks to suppress neither identity politics nor special interests in its efforts to lead us to work productively with others.

Reclaiming Patriotism offers a hopeful and pragmatic solution to our current crisis in democracy--a patriotic movement that could have a transformative, positive impact on our foreign policy, the world order, and the future of capitalism.

Amitai Etzioni is University Professor and Professor of International Relations at The George Washington University. He is the author of Happiness Is the Wrong Metric: A Liberal Communitarian Response to Populism and Avoiding War with China: Two Nations, One World (Virginia).
Loading...
or support indie stores by buying on