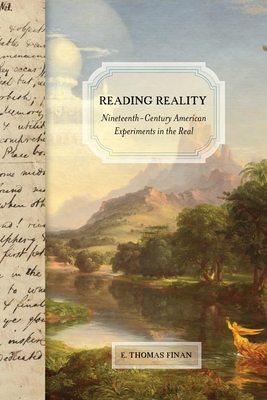 Nineteenth-Century American Experiments in the Real

In the early 1800s, American critics warned about the danger of literature as a distraction from reality. Later critical accounts held that American literature during the antebellum period was idealistic and that literature grew more realistic after the horrors of the Civil War. By focusing on three leading American authors--Ralph Waldo Emerson, Walt Whitman, and Emily Dickinson--Reading Reality challenges that analysis.

Thomas Finan reveals how antebellum authors used words such as "real" and "reality" as key terms for literary discourse and claimed that the "real" was, in fact, central to their literary enterprise. He argues that for many Americans in the early nineteenth century, the "real" was often not synonymous with the physical world. It could refer to the spiritual, the sincere, or the individual's experience. He further explains how this awareness revises our understanding of the literary and conceptual strategies of American writers.

By unpacking antebellum senses of the "real," Finan casts new light on the formal traits of the period's literature, the pressures of the literary marketplace in nineteenth-century America, and the surprising possibilities of literary reading.

E. Thomas Finan is Senior Lecturer of Humanities at Boston University and author of The Other Side: Stories.
Loading...
or support indie stores by buying on