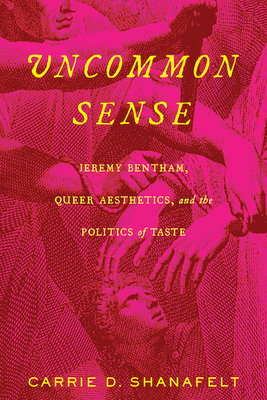 Jeremy Bentham, Queer Aesthetics, and the Politics of Taste

Infamous for authoring two concepts since favored by government powers seeking license for ruthlessness-the utilitarian notion of privileging the greatest happiness for the most people and the panopticon-Jeremy Bentham is not commonly associated with political emancipation. But perhaps he should be. In his private manuscripts, Bentham agonized over the injustice of laws prohibiting sexual nonconformity, questioning state policy that would put someone to death merely for enjoying an uncommon pleasure. He identified sources of hatred for sexual nonconformists in philosophy, law, religion, and literature, arguing that his goal of "the greatest happiness" would be impossible as long as authorities dictate whose pleasures can be tolerated and whose must be forbidden. Ultimately, Bentham came to believe that authorities worked to maximize the suffering of women, colonized and enslaved persons, and sexual nonconformists in order to demoralize disenfranchised people and prevent any challenge to power.

In Uncommon Sense, Carrie Shanafelt reads Bentham's sexual nonconformity papers as an argument for the toleration of aesthetic difference as the foundation for egalitarian liberty, shedding new light on eighteenth-century aesthetics and politics. At odds with the common image of Bentham as a dehumanizing calculator or an eccentric projector, this innovative study shows Bentham at his most intimate, outraged by injustice and desperate for the end of sanctioned, discriminatory violence.

Carrie D. Shanafelt is Associate Professor of Literature and Philosophy at Fairleigh Dickinson University.
Loading...
or support indie stores by buying on