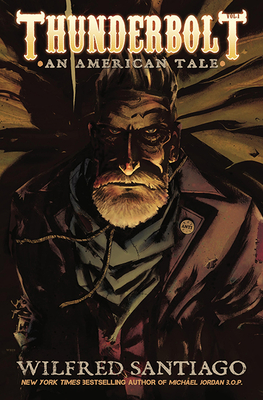 As a young boy in nineteenth-century America, Captain John Brown swore to dedicate his life to the struggle against slavery. Years later, he and his sons have joined the fight in Kansas, the epicenter of the national debate over slavery. As the territory nears statehood, abolitionists and proslavery border ruffians clash in increasingly violent conflict across the territory. But John Brown has more in mind than border skirmishes. He aims to eliminate slavery from US soil once and for all—even if that means raiding a government armory in order to arm a national slave revolt. From the Pottawatomie Massacre to the Battle of Black Jack and the Battle of Osawatomie, this first installment in the story of the legendary John Brown traces the rise of the insurrection in stunning detail.

Gritty, gripping, and masterfully illustrated, Wilfred Santiago’s telling of John Brown’s tale pulls no punches as it unflinchingly recounts the epic struggle across pre–Civil War America. And while John Brown’s methods may be questionable, his story is unforgettable. After all, dying is part of the plan.

Wilfred Santiago is the author of the New York Times best-selling graphic novel Michael Jordan: Bull on Parade and 21: The Story of Roberto Clemente. He lives in Chicago.

“Mr. Santiago is an important and unique voice in the world of art and comix!!! Thunderbolt if further evidence of his stature.”—Geof Darrow, Shaolin Cowboy

“Set in an increasingly divided America, Santiago vividly brings alive the abolitionist John Brown’s violent war against slavery. We need compelling stories of our past like Thunderbolt to wake us all to our present. What a gift!” —Roberta Gregory, Naughty Bits

“A firecracker exploration about our national origins.” —Ilan Stavans, author of the best-selling Don Quixote of La Mancha: The Graphic Novel

“Thunderbolt is a revelation! Santiago’s powerfully moving masterful storytelling serves up a visceral visual masterpiece that resonates across our troubled history. He breathes new life into the historical graphic novel form. Thunderbolt is nothing short of mesmerizing.” —John Jennings and Stacey Robinson, Aka “Black Kirby,” I Am Alfonso Jones, Kid Code, and In Search of the Motherboxx Connection
or support indie stores by buying on
Copyright © 2020 American Booksellers Association