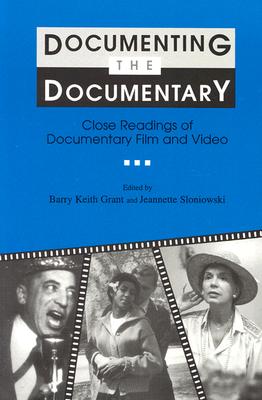 Documenting the Documentary features essays by 27 film scholars from a wide range of critical and theoretical perspectives. Each essay focuses on one or two important documentaries, engaging in questions surrounding ethics, ideology, politics, power, race, gender, and representation-but always in terms of how they arise out of or are involved in the reading of specific documentaries as particular textual constructions.

By closely reading documentaries as rich visual works, this anthology fills a void in the critical writing on documentaries, which tends to privilege production over aesthetic pleasure.

As we increasingly perceive and comprehend the world through visual media, understanding the textual strategies by which individual documentaries are organized has become critically important. Documenting the Documentary offers clear, serious, and insightful analyses of documentary films, and is a welcome balance between theory and criticism, abstract conceptualization and concrete analysis.

Barry Keith Grant is a professor of film studies at Brock University and is an adjunct faculty member of the graduate program in film and video at York University in Toronto. He is the editor of The Dread of Difference (University of Texas Press,1996) and Film Genre Reader (University of Texas Press, 1995), and is the author of Voyages of Discovery (University of Illinois Press, 1992). Jeannette Sloniowski is the director of the communication studies program and assistant professor of film at Brock University.
or
Not Currently Available for Direct Purchase
Copyright © 2020 American Booksellers Association