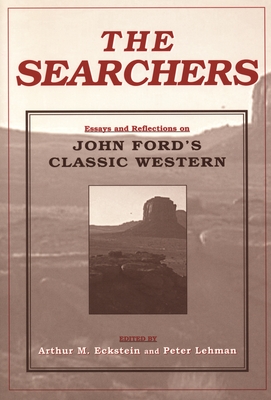 In many ways a traditional western, The Searchers (1956) is considered by critics as one of the greatest Hollywood films, made by the most influential of western directors. But John Ford's classic work, in its complexity and ambiguity, was a product of post-World War II American culture and sparked the deconstruction of the western film myth by looking unblinkingly at white racism and violence and suggesting its social and psychological origins. The Searchers tells the story of the kidnapping of the niece of Ethan Edwards (John Wayne) by Comanche Indians, and his long search to find her-ultimately not to rescue her but to kill her, since he finds her racially and sexually violated.

The Searchers: Essays and Reflections on John Ford's Classic Western brings historians and film scholars together to cover the major critical issues of this film as seen through a contemporary prism. The book also contains the first published, sustained reaction to the film by Native Americans. The essays explore a wide range of topics: from John Wayne's grim character of Ethan Edwards, to the actual history of Indian captivity on the southern Plains, as well as the role of the film's music, setting, and mythic structure-all of which help the reader to understand what makes The Searchers such an enduring work.

Arthur M. Eckstein is professor of History at University of Maryland.Peter Lehman is Director of the Interdisciplinary Humanities Program at Arizona State University. He is author of Roy Orbison: The Invention of anAlternative Rock Masculinity and editor of Masculinity: Bodies, Movies, Culture.
or support indie stores by buying on
Copyright © 2020 American Booksellers Association