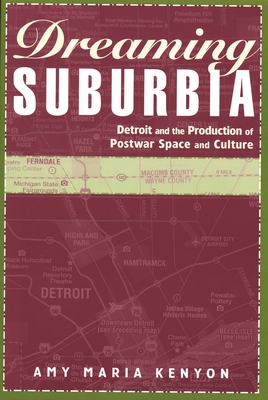 Dreaming Suburbia is a cultural and historical interpretation of the political economy of postwar American suburbanization. Questions of race, class, and gender are explored through novels, film, television and social criticism where suburbia features as a central theme. Although suburbanization had important implications for cities and for the geo-politics of race, critical considerations of race and urban culture often receive insufficient attention in cultural studies of suburbia. This book puts these questions back in the frame by focusing on Detroit, Dearborn and Ford history, and the local suburbs of Inkster and Garden City. Covering such topics as the political and cultural economy of suburban sprawl, the interdependence of city and suburb, and local acts of violence and crises during the 1967 riots, the text examines the making of a physical place, its cultural effects and social exclusions. The perspectives of cultural history, American studies, social science, and urban studies give Dreaming Suburbia an interdisciplinary appeal.

Amy Maria Kenyon spent her childhood in suburban Detroit. Formerly a lecturer in cultural history, she is now a freelance author and researcher working in both the United Kingdom and the Netherlands.
or support indie stores by buying on