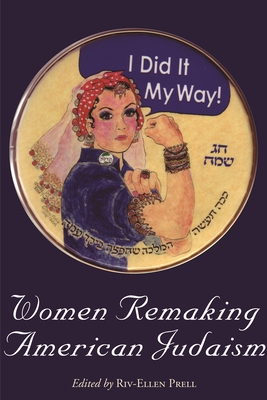 The rise of Jewish feminism, a branch of both second-wave feminism and the American counterculture, in the late 1960s had an extraordinary impact on the leadership, practice, and beliefs of American Jews. Women Remaking American Judaism is the first book to fully examine the changes in American Judaism as women fought to practice their religion fully and to ensure that its rituals, texts, and liturgies reflected their lives. In addition to identifying the changes that took place, this volume aims to understand the process of change in ritual, theology, and clergy across the denominations.

The essays in Women Remaking American Judaism offer a paradoxical understanding of Jewish feminism as both radical, in the transformational sense, and accomodationist, in the sense that it was thoroughly compatible with liberal Judaism. Essays in the first section, Reenvisioning Judaism, investigate the feminist challenges to traditional understanding of Jewish law, texts, and theology. In Redefining Judaism, the second section, contributors recognize that the changes in American Judaism were ultimately put into place by each denomination, their law committees, seminaries, rabbinic courts, rabbis, and synagogues, and examine the distinct evolution of women's issues in the Orthodox, Conservative, Reform, and Reconstructionist movements. Finally, in the third section, Re-Framing Judaism, essays address feminist innovations that, in some cases, took place outside of the synagogue. An introduction by Riv-Ellen Prell situates the essays in both American and modern Jewish history and offers an analysis of why Jewish feminism was revolutionary.

Women Remaking American Judaism raises provocative questions about the changes to Judaism following the feminist movement, at every turn asking what change means in Judaism and other American religions and how the fight for equality between men and women parallels and differs from other changes in Judaism. Women Remaking American Judaism will be of interest to both scholars of Jewish history and women's studies.

Riv-Ellen Prell is professor and chair of American studies at the University of Minnesota.
or support indie stores by buying on
Copyright © 2020 American Booksellers Association